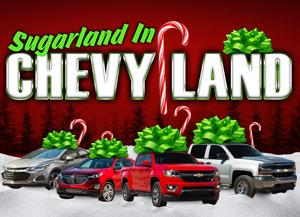 Beginning Saturday, December 8, you have a chance to win a new Chevy vehicle courtesy of Mark’s CASA! Only 10 points per entry.

Saturdays have never been sweeter!